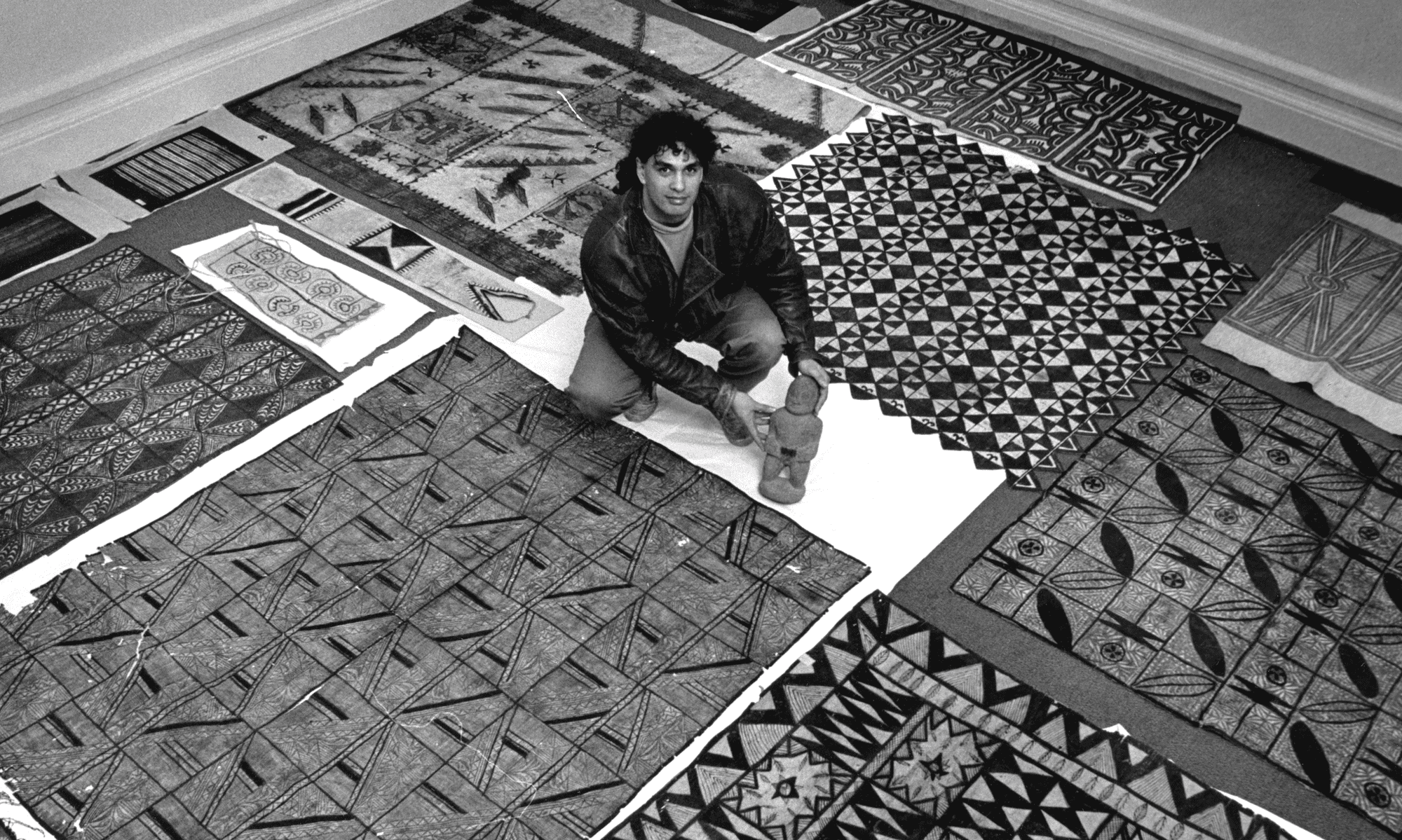 Māori at the Centre: on the Margins. A MEMOIR 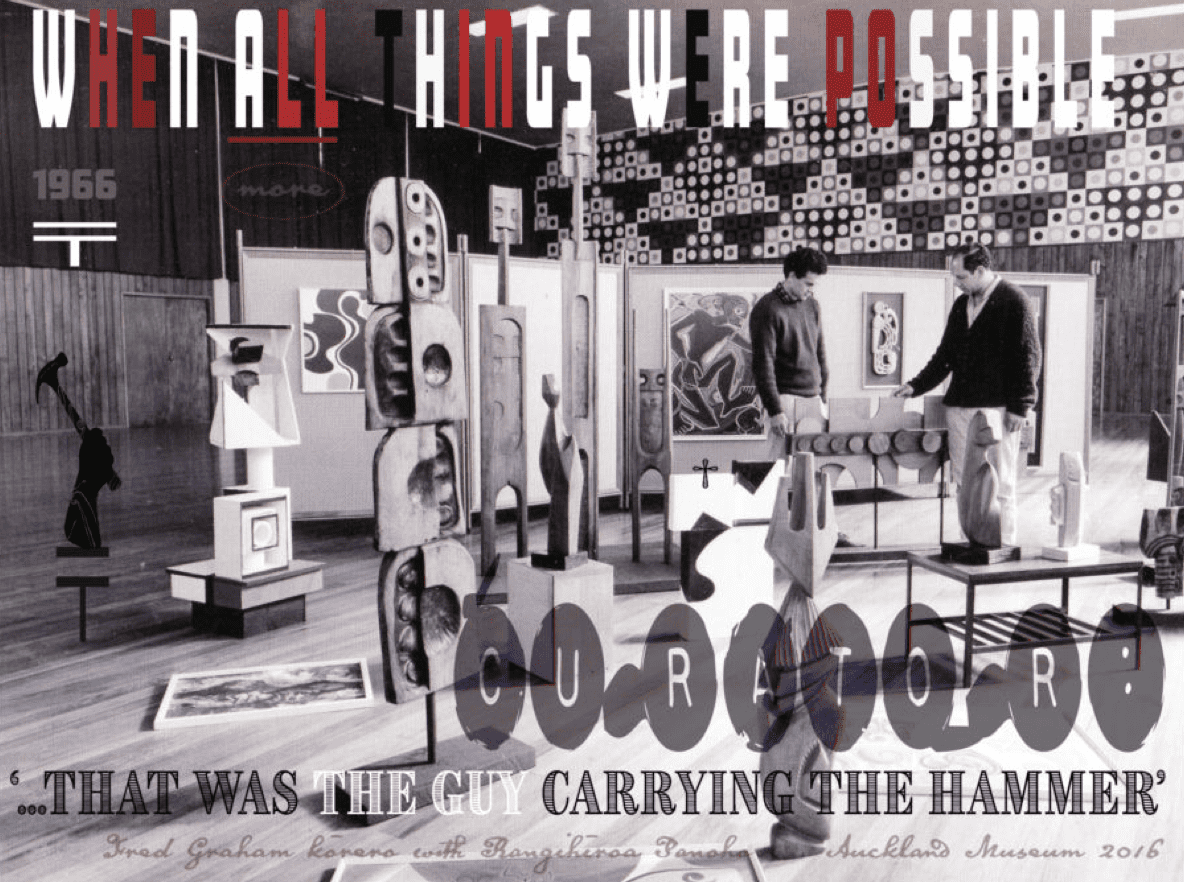 ‘Curator: that was the guy carrying the hammer’, Interview, Rangihīroa Panoho and Fred Graham, Auckland Museum, 2016

When looking at this image of Clifford and Paratene in Hamilton in 1966 I didn’t, until recently, think of curated shows. When I spoke to senior Māori artist Fred Graham in 2016 about this early period his recollection of the role was that, ‘The curator was the guy carrying the hammer.’ Too young for this era I was to feel its influence decades later, in 1986-1988, when travelling the country as a Masters student in art history doing a thesis on Paratene Te Mokopuorongo Matchitt. I have a vivid recollection of stepping through the same assembly hall doors in 1987. Inside that space there were more signs of the curatorial act than Graham conceded. Here, for the reader, I am quickly resorting to all of the broader permutations of the word curator, cūrāre (14th century Latin meaning), the Scottish concept of the legal guardianship, the Ecclesiastical function of pastoral care or nurture, the Māori concept of kaitiakitanga and so on. I can’t detail any of these concepts here but I intend all of them because I am describing a function that is necessarily atavistic and cross-cultural with a huge range of layers and complexities that make it what is has now become (not only in the world but in Aotearoa and in institutions across the Asia Pacific).