HEADLANDS essay ‘MAORI AT THE CENTRE: ON THE MARGINS’

I have been thinking through Baldwin’s comments. With the past everpresent, musing over HEADLANDS, its many responses, over the decades, means contesting less helpful frames of history many critics have sought to impose and reiterate but seldom to revise. American writer Susan Sontag once confided, ‘Reading criticism clogs conduits through which one gets new ideas: cultural cholesterol.’ For me various reactions to, not so much my 1992 essay (‘Maori at the Centre, On the Margins…’ for HEADLANDS, MCA, Sydney) but rather to, its authorship, constitute ongoing cultural constriction. Too much has been written, is still being written about me rather than the eleven paragraphs (of a more broadly positioned essay) I penned.

It would be difficult, unnecessary even, to fractionally respond to these critiques when references to arguments in my HEADLANDS essay have become something of a diversion. Like ‘true north’ its’ position exists in that direction over there: like the angle that one might point one’s house to capture the sun. Immediately after my PhD examination, 2003 novelist Witi Ihimaera (part of the examination panel) breezily described this compass point as a pragmatic reference. The essay he said was one of his points of bearing, out there, on the periphery. For me the edginess of Ihimaera’s remark has deeper resonance. ‘Maori at the Centre…’ has been impaled, muted and neutered. It doesn’t argue back. It mostly offers up a couple of oft-quoted phrases obediently receiving endless re-inscription. If anyone has difficulty understanding this controversial treatment ask the text – it saw it all: monologues not discussions, soliloquy not dialogue and silence from, not debate with, the protagonists.

So after a quarter of a century, other than four interventions, of being forced to listen to others’ curatorial criticism (i.e. the selection of what to celebrate) and to others’ editorial criticism (repeated assertions), a few things beg clarification. In a 2017 catalogue on Gordon Walters (one of the artists referenced in my 1992 essay) contributing authors, curator Amy Hammonds and architectural historian Deidre Brown, make some authoritative claims. Hammonds works for DPAG, the custodian of the Gordon Walters collection. As with Sue Crockford, the late Francis Pound’s partner, and many other individuals and institutions, both dealing in or collecting the art and offering commentary, Hammonds has enormous vested interest in in championing the career of this artist. She claims, ‘It was in the wake of the survey exhibition [i.e. its commercial and professional success] that negative responses to Walters’ use of Māori subject matter began to appear’. 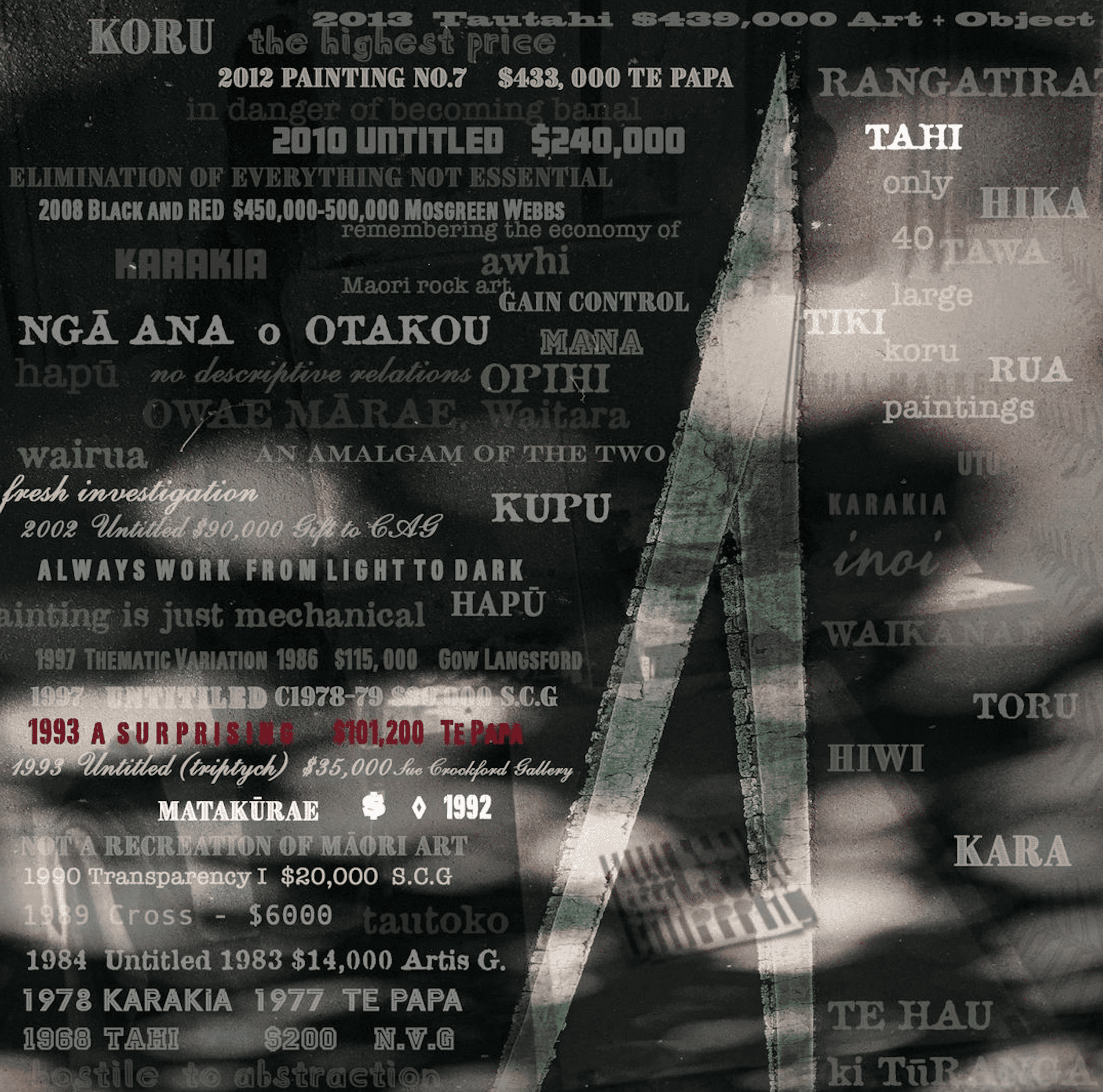 Firstly, I think New Zealanders involved in, or interested in the arts, would benefit from the concept that disagreement with an idea neither means a negative position has been advanced nor that disrespect to a senior artist has been enacted. Much of my lifelong specialist Māori involvement with the appropriation issue shares common ground with those promoting Walters’ work and research. I possess a sincere desire to clarify the process of cross cultural dialogue. However, I am also dedicated to investigating the consequences of any philosophical position (i.e. the determinedly formalist position) that undermines toi tāhuhu: the visual legacy and heritage of an indigenous people. END_OF_DOCUMENT_TOKEN_TO_BE_REPLACED