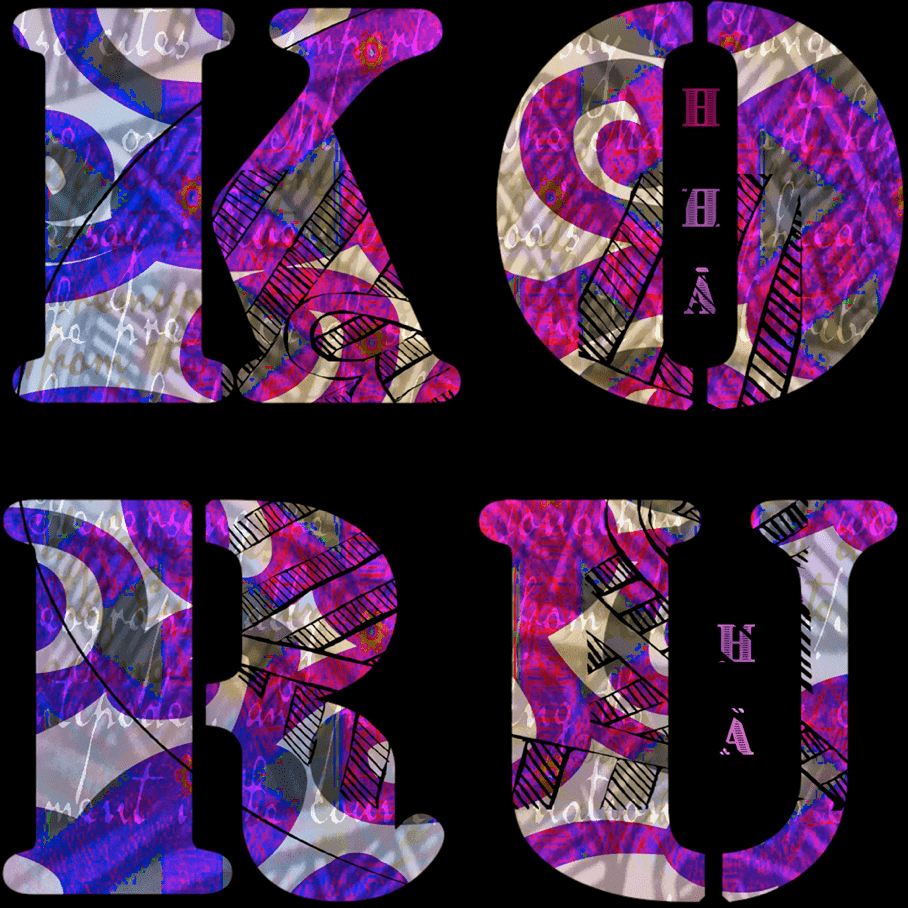 It’s New Year’s eve 2019 tonight. Aucklanders have fled the City for the beaches. They have escaped to the Northland and to the Coromandel coastlines. This place is a ghost town. Driving around feels a little like going back to the empty suburban roads of the 1980s during other periods of vacation. Many indigenous cultures have different concepts regarding the arrival of the New Year. For our tūpuna it was the months of winter (late May/early June) and the appearance of the star cluster Matariki  ‘Pleiades constellation’ that signalled the change. While June 10 was celebrated this year there was traditionally a longer, natural cyclic rhythm that brought cosmos and people together in celebration throughout tribal Aotearoa. Matariki was a time for the harvesting of natural resources, a time of reflection and a time of planning for the future.

While the heavens are a natural place to turn to this time of year (i.e. Bethlehem – the morning star and the Christian narrative) I am a Māori art historian and Māori art is full of natural cyclic symbols that may prove useful to this discussion. My book MAORI ART looks at the metaphor of rivers in our ancestral thinking as a way of considering the flow of history in our artforms. It may have been a short essay I wrote recently on kōwhaiwhai based artist Sandy Adsett that made me more aware of a rauponga fern sending out pitau shoots over the last couple of weeks. Photographing the fern immediately brings to mind one of the key design modules in Māori art – the koru and it is this motif, its history and its natural origins, that is the focus for the remainder of this short essay. The koru, I suggest, is actually a good metaphor for acknowledging the New Year.

There are many natural sources for the koru. While the spiral is commonly used by many cultures throughout the world the koru and its particular usage by New Zealand Māori is unique for a range of reasons. Firstly, it represents an aesthetic shift in Polynesian design history. The koru, and its many different manifestations in te toi whakairo ‘Māori woodcarving’ and kōwhaiwhai ‘Māori rafter painting’, constitutes a deliberate movement away from the angular forms and patterns that were part of the proto Polynesian aesthetic (particularly present in pottery, tapa and tātau) to a uniquely curvilinear form. The koru developed and flourished here in Aotearoa as our ancestors became increasingly isolated from their Hawaiki (i.e. their various Pacific homelands). 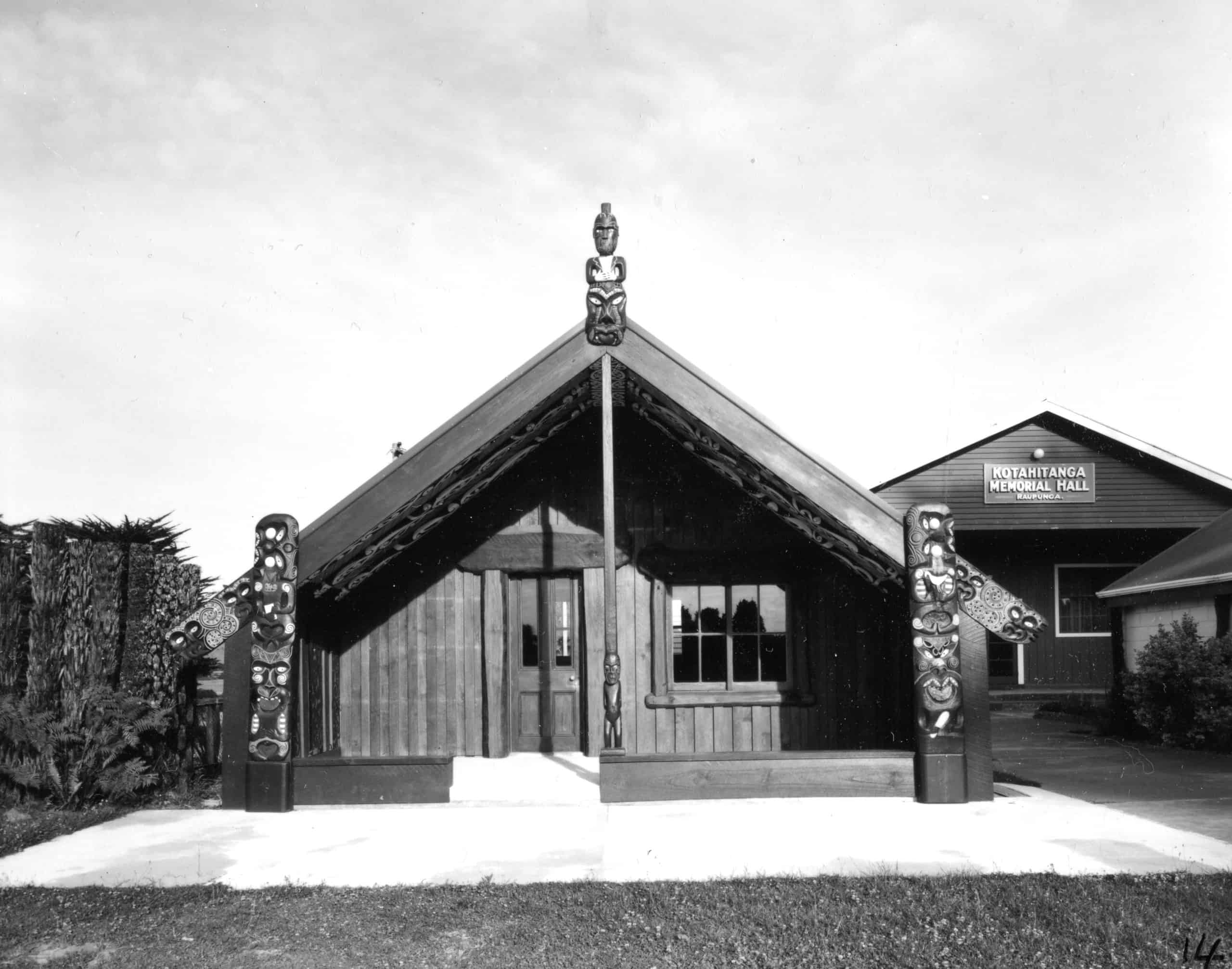 Secondly, the koru is a response to the equally unique natural environment found here in Aotearoa. The shape of the previously described unfurling fern frond is one commonly referred to as a source of inspiration for the koru. The pitau is embryonic and full of potential and that is what probably attracted our ancestors to the architecture of its growth. It suggests in its coil that life involves all sorts of possibilities. Life is potential. Tomorrow is another day that will unfold in a way that may be completely different from today. The unfolding fern frond also suggests a point of return in its circularity. It speaks of natural cycles, continuum and a returning…

Just the right motif, I say, to introduce the new year that so many around the world celebrate.

HEADLANDS essay ‘MAORI AT THE CENTRE: ON THE MARGINS’ 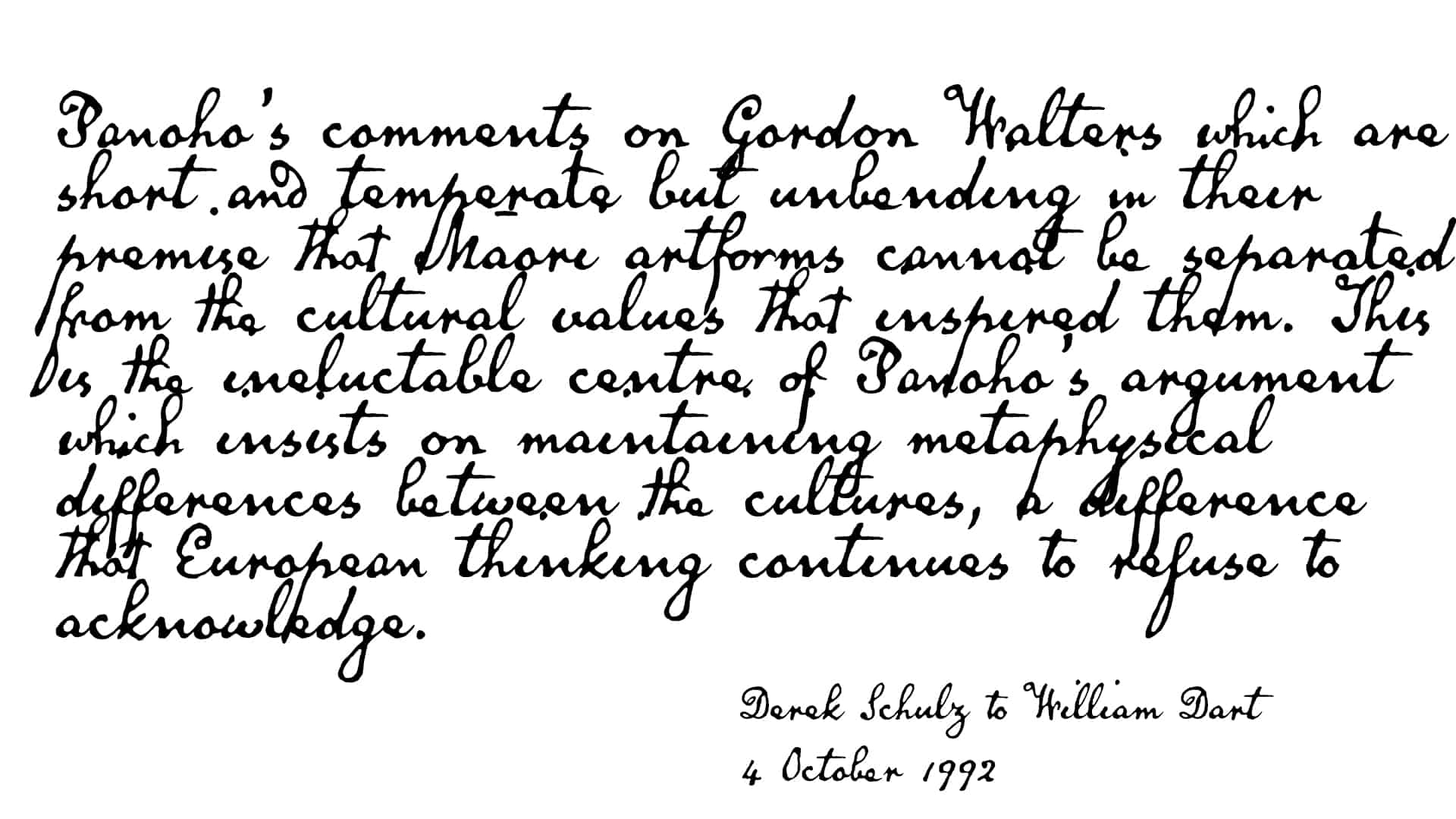 I have been thinking through Baldwin’s comments. With the past everpresent, musing over HEADLANDS, its many responses, over the decades, means contesting less helpful frames of history many critics have sought to impose and reiterate but seldom to revise. American writer Susan Sontag once confided, ‘Reading criticism clogs conduits through which one gets new ideas: cultural cholesterol.’ For me various reactions to, not so much my 1992 essay (‘Maori at the Centre, On the Margins…’ for HEADLANDS, MCA, Sydney) but rather to, its authorship, constitute ongoing cultural constriction. Too much has been written, is still being written about me rather than the eleven paragraphs (of a more broadly positioned essay) I penned.

It would be difficult, unnecessary even, to fractionally respond to these critiques when references to arguments in my HEADLANDS essay have become something of a diversion. Like ‘true north’ its’ position exists in that direction over there: like the angle that one might point one’s house to capture the sun. Immediately after my PhD examination, 2003 novelist Witi Ihimaera (part of the examination panel) breezily described this compass point as a pragmatic reference. The essay he said was one of his points of bearing, out there, on the periphery. For me the edginess of Ihimaera’s remark has deeper resonance. ‘Maori at the Centre…’ has been impaled, muted and neutered. It doesn’t argue back. It mostly offers up a couple of oft-quoted phrases obediently receiving endless re-inscription. If anyone has difficulty understanding this controversial treatment ask the text – it saw it all: monologues not discussions, soliloquy not dialogue and silence from, not debate with, the protagonists.

So after a quarter of a century…

END_OF_DOCUMENT_TOKEN_TO_BE_REPLACED 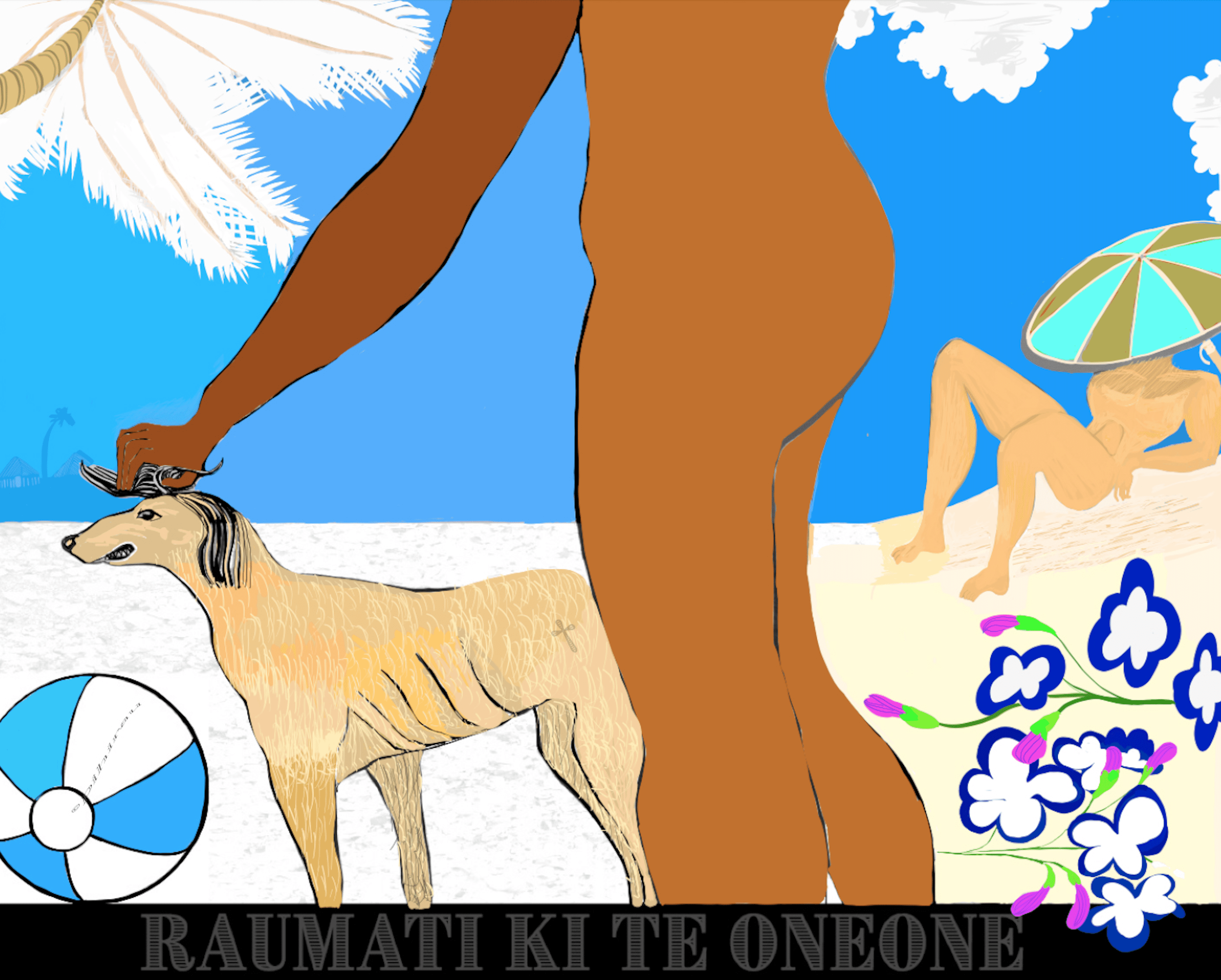 Auckland based I am devoted to researching Asia Pacific visual\culture and this feeds into my writing, my art practice, my music & my curating.

Other original imagery, writing can be viewed on the following links:

Rangihīroa Panoho, Āku Maunga Hāere (My Travelling Mountains), 2015, acrylic inks and paint on paper, 3901 x 1267mm revisits an earlier work. This series tells the story of the travelling of New Zealand’s resources overseas whether as a tangible or as a financial product. This series was first displayed at the launch for the book MĀORI ART on display at Te Uru Waitākere Contemporary Gallery, Titirangi, AUCKLAND in June 2015 (catalogue here). It was shown with some of the other framed works on display on this site (see below photographs by Sameshima and Adams). Āku Maunga Hāere is also the name of one of the chapters in the book MĀORI ART and relates to some of the key issues discussed in that section of the publication. 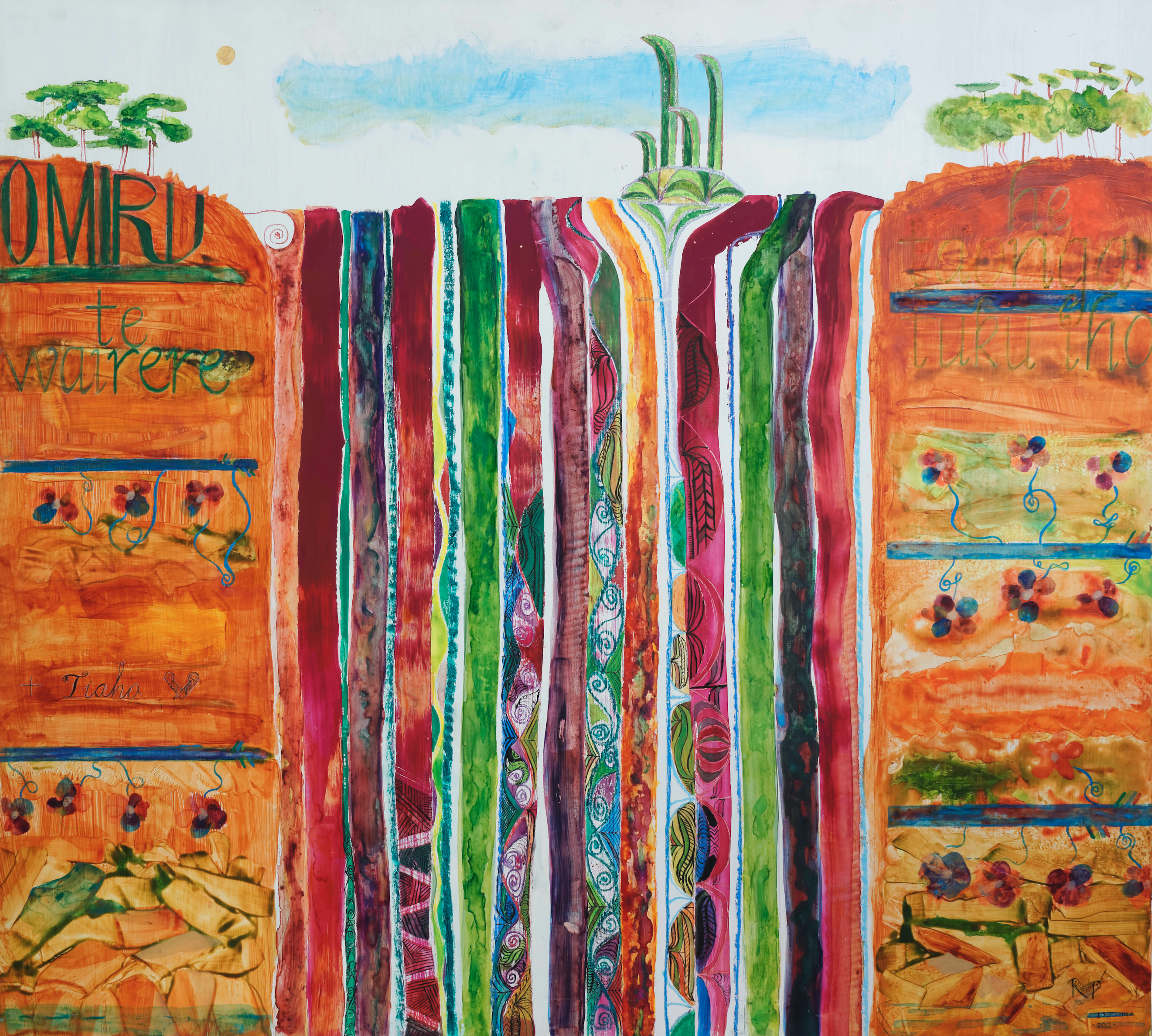 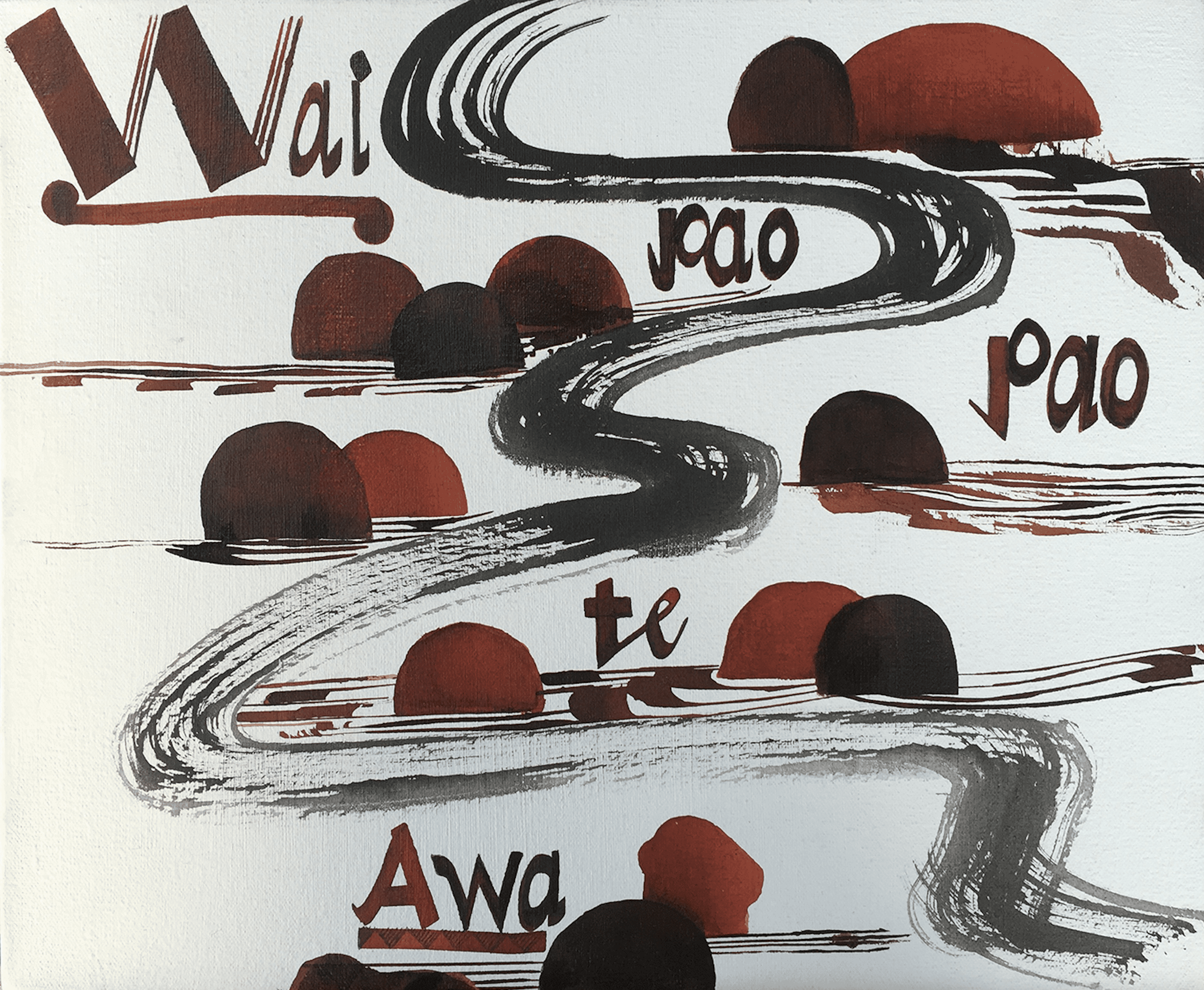 The river with which Te Uriroroi identify is named after the flush of water in summer from the Whatitiri puna that was so powerful the motion caused boulders and rocks to clash and clatter into one another. Pao refers to the striking smashing motion of the water. 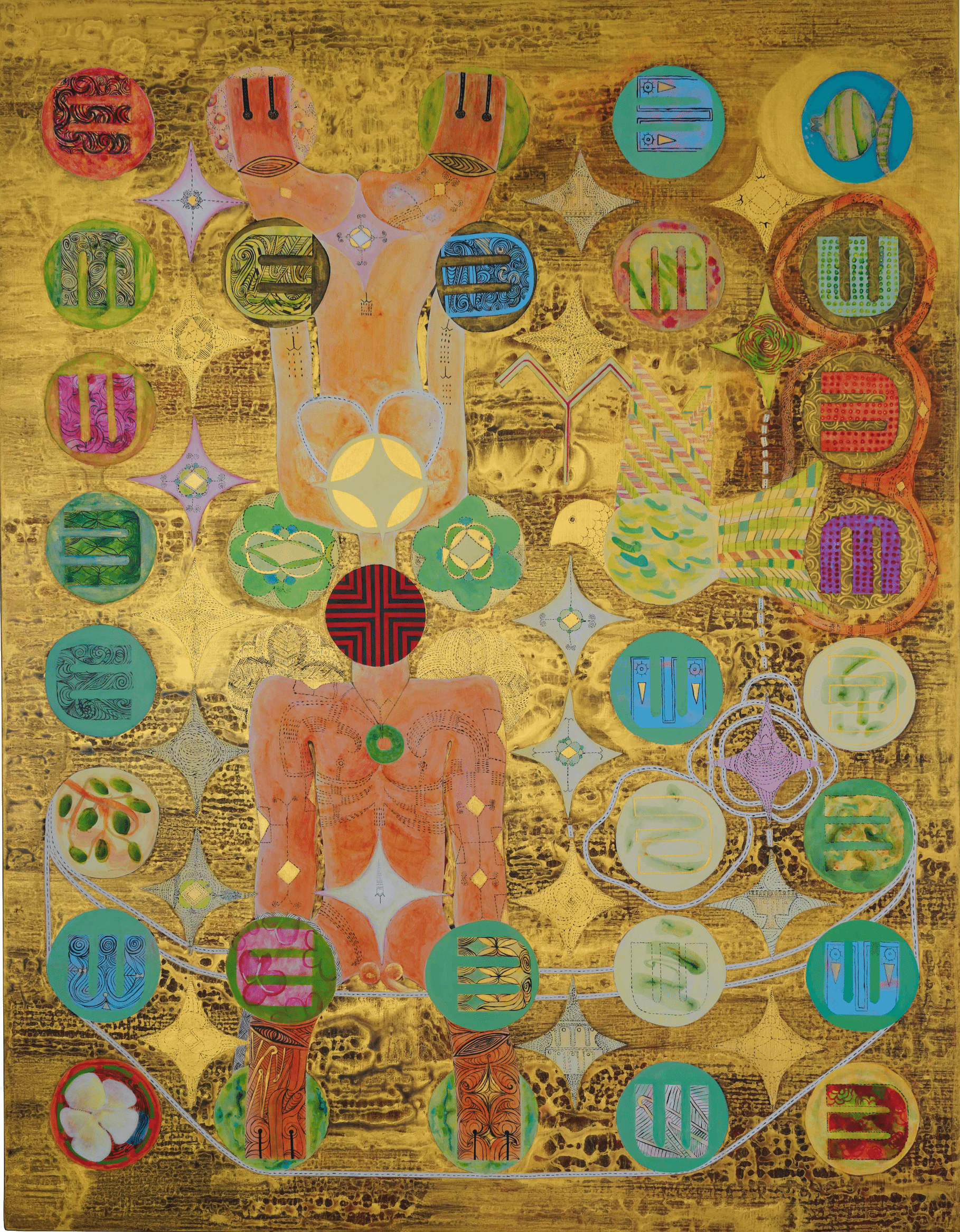 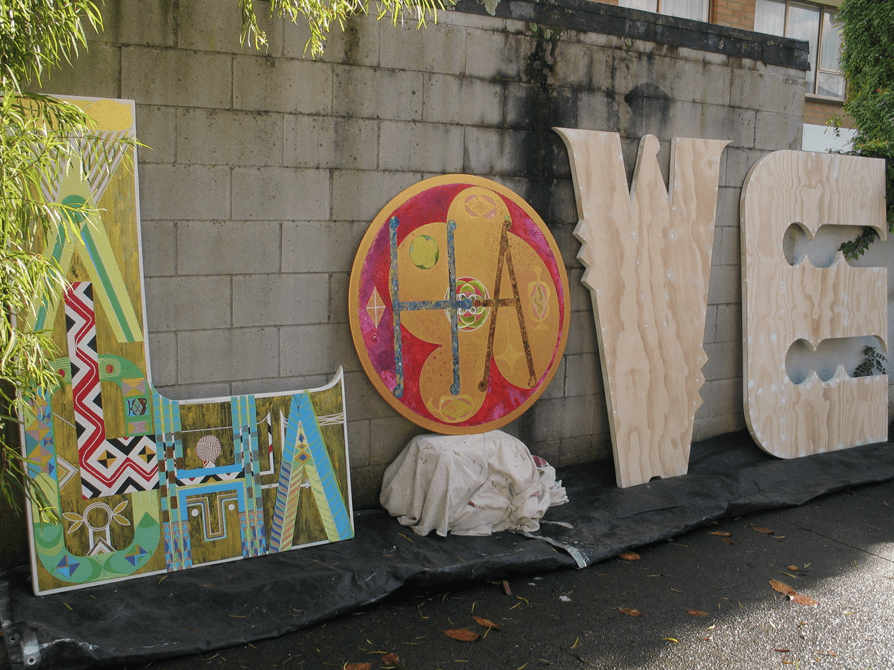 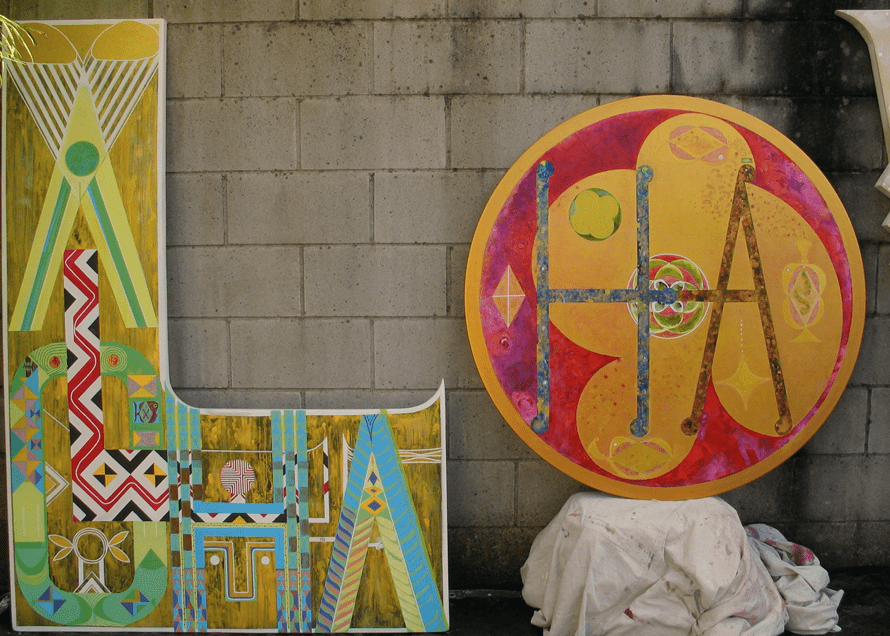 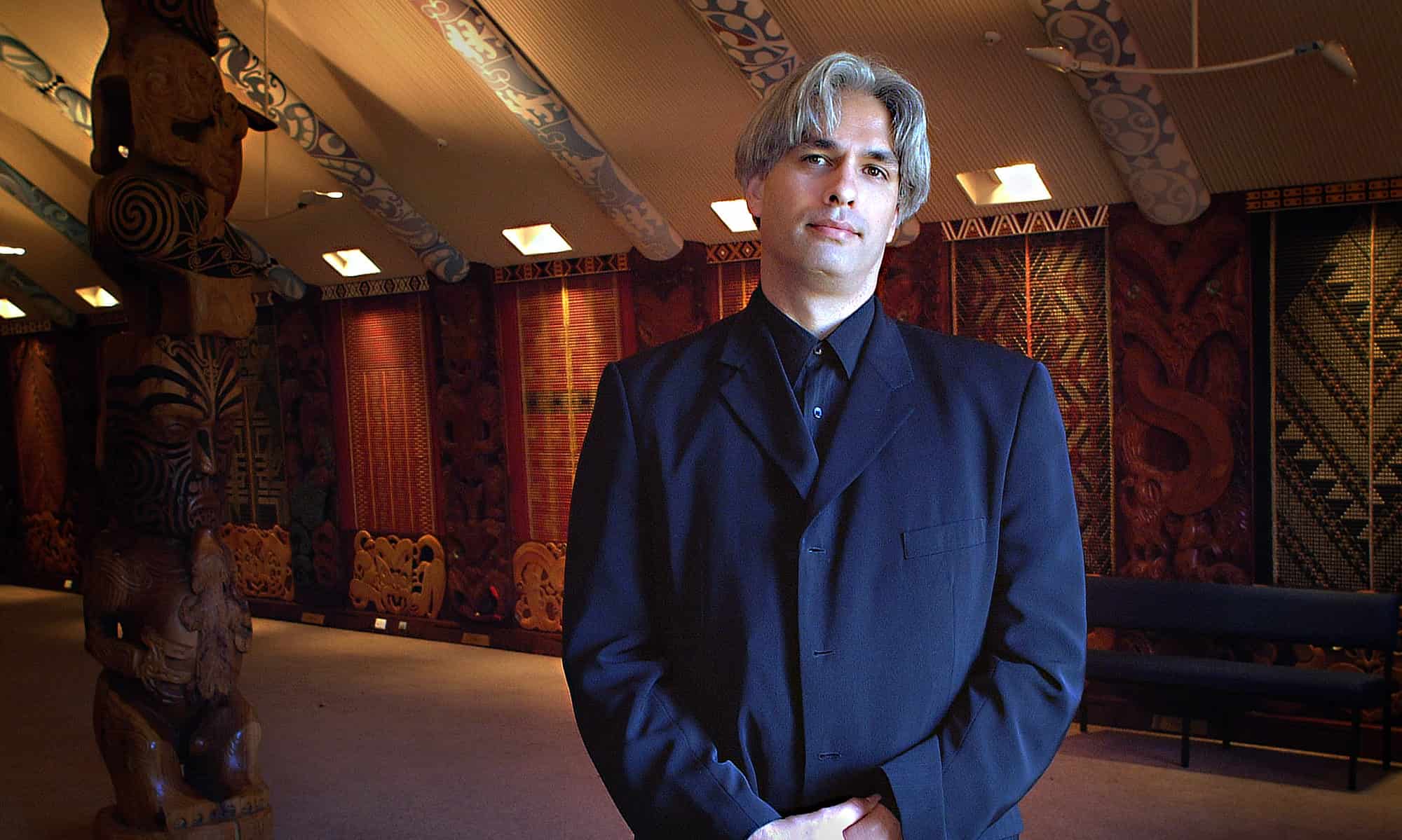 Maori-Kunst sprechen ‘Let’s talk Māori Art’. This is part of the work I do with international clients helping them understand some of the key areas that make Māori a unique global artform. The kaupapa of my kōrero follows aspects of the book ‘Māori Art’ but is specifically related to objects or architecture in the Auckland central city area. I used to walk around Auckland landscapes and cultural collections with students but I find working with the public (individuals or small groups) just as challenging and, in a number of respects, more rewarding. If anyone is interested in looking further at what our small family based company Pihirau offers visit other areas of this site and also look at my other contributions in the publishers public site for the book ‘MĀORI ART, History, Architecture, Landscape and Theory‘: www.facebook.com/maoriartbook/  or you could search  my professional contributions on LinkedIn https://www.linkedin.com/in/dr-rangihiroa-panoho/ or my Instagram site www.instagram.com/rangihiroa/ for creative work. 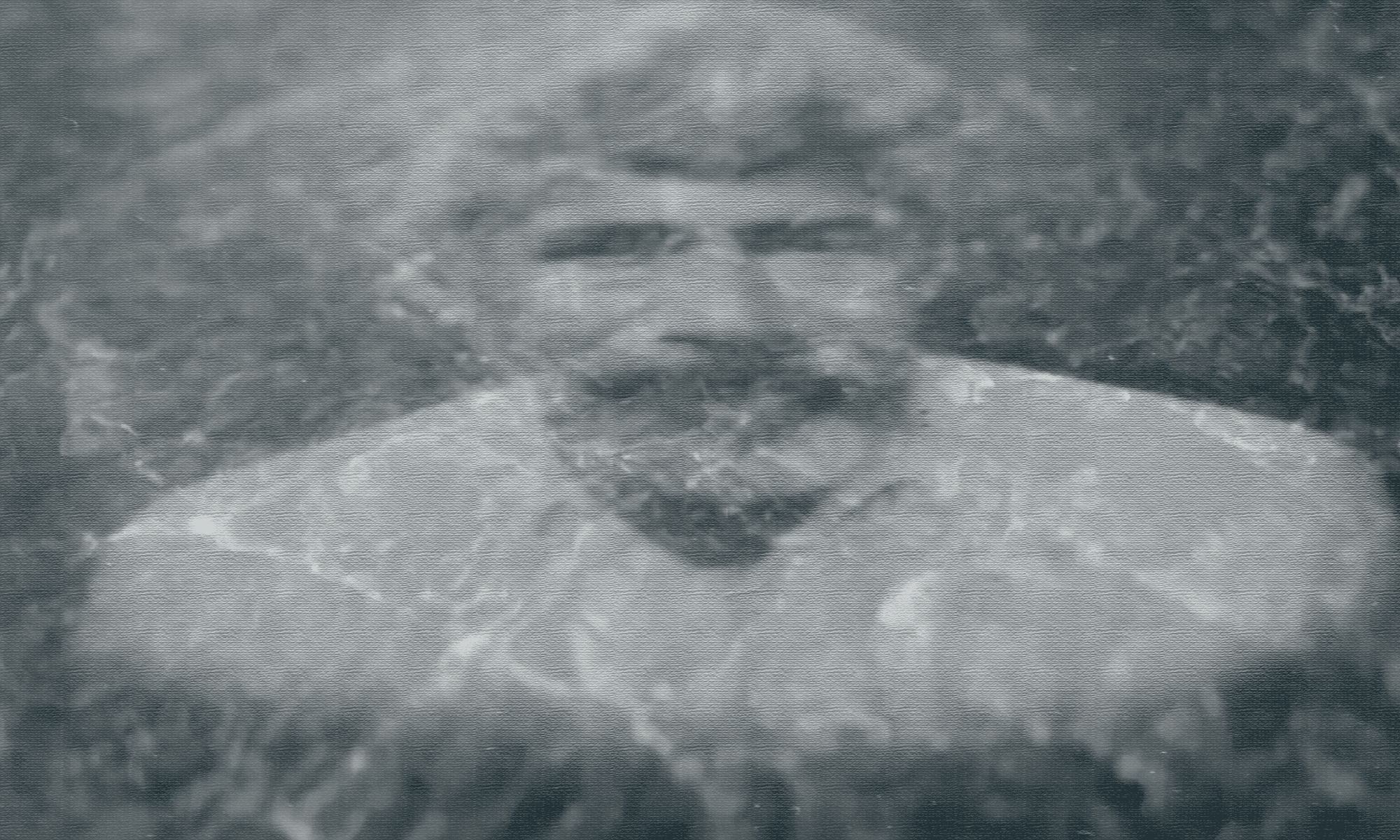 An attempt to clarify what these three approaches (i.e. writing/painting/curating) might mean in the gallery context of the exhibition IOU.

IOU Māori Art the book + exhibition (currently on display at Tivoli, Waiheke Island) is an experimental look at what it might mean to write a book and then paint and curate a show about that book. I could perhaps have retreated into the easy response a number of artists make quoting senior Māori painter Ralph Hotere. His aphorism suggests art should speak for itself. Perhaps it might be said that a book should be left to do the same. In my particular case the publication Māori Art: History, Architecture, Landscape and Theory co-published with David Batemans Ltd is certainly large and detailed enough (352 pages, a large body of images including many specially commissioned ones) in itself to create its own satisfying world.